Istria is the largest Croatian peninsula.

The name derives from the prehistoric Illyrian people called who lived here in Roman times. The Romans called Istria the Magic Land (Terra Magica). Through history, the region was ruled by the indigenous , the Romans, the Goths and Lombards, the Franks, the Venetian Republic, the Habsburg Monarchy, Napoleon, the Austro-Hungarian Empire, Italy Yugoslavia. In 1991, Istria became a county within the independent Republic of Croatia.

It is known for its natural beauty, its culture, the sports and other attractions such as the Brijuni National Park, the Roman Arena in Pula, the Euphrasian Basilica in Poreč, the nature park Učka, the Lim fjord, Hum – the smallest town in the world, the Baredine cave and many others.

The pleasant Mediterranean climate the cultivation of organic food, quality wines, olives figs. Istria is also famous for one of the world’s most revered aphrodisiacs – the precious truffle mushroom, which is used to prepare many gourmet specialties.

Istria is the most important and most visited tourist region in Croatia.

got its name after the Benedictine monastery, which appears in historical documents from 1174 with an unclear note on its 50 years of existence. Unlike other Istrian villages and towns where a settlement was built on a hilltop with a church and its tower, with the edges of the hill dotted with houses, at Sveti Petar u Šumi there were no houses around either the church or the monastery. Its inhabitants lived a bit further away, in scattered hamlets situated next to fields and vineyards, on the edges of karst plains filled with the red soil they cultivated, just the way it is today.

Legends have it that the Hungarian King Salomon (+ 1089) spent some time at Sveti Petar u Šumi after he had been dethroned in dynastic struggles. The monastery is also associated with the Istrian side of the Counts of Gorizia, who ruled in Pazin from the 13th to the 15th century and ordinarily helped the monastery, where they allegedly had family tombs.

From the times of the there is only one Latin book preserved, written in Carolingian minuscule, from the end of the 11th or the beginning of the 12the century. The Fragment of Sveti Petar u Šumi, a stone found among the ruins of the monastery wall with Cyrillic and Glagolitic alphabet inscribed on it, dates back to the same period and shows that all the three scripts were in use at the time.

Pazin cave is a speleological object which is protected by law and it’s not arranged for tourist visits. Speleological Association “Istra” Pazin, in cooperation with the Public Institution “Natura Histrica” takes you into the underground of the Pazin Cave throughout the year depending on weather conditions and upon request. The visit is organized in a natural ecological way and it gives you a unique experience of the underground.

Istralandia is a water park nearby Novigrad with many attractions, such as a variety of pools, water slides, facilities, animation, restaurants other services. Have fun! More information available at www.istralandia.hr

Motodrom Poreč – karting racetrack If you’re looking for an adrenaline rush – the best karting racetrack in Croatia is the place for you. It provides safe, “crazy” and exciting fun with a lot of additional facilities. It is open all year round. For additional information visit www.istra-kart.hr

Baredine cave is the first speleological locality in Istria that is open for tourism – it is a geomorphologic monument of nature. In addition to the site, there is also an exhibition of antique tractors called “Tractor Story”. For more information visit www.baredine.com

This film festival is dedicated to films from small studios and independent production houses; those films that break through with their innovation, ideas, and power of the stories they tell. It is a five-day-long film marathon showing films from 10 a.m. until 4 a.m., both in outdoor and indoor theatres. More information at  www.motovunfilmfestival.com

The Višnjan Observatory is situated in the direction of Višnjan. In the last 15 it has become one of the world’s best-known places for of small solar system bodies (more than 1,400 of them have been discovered here). Its reputation has grown due to the efforts of Mr. Korado Korlević, the most famous Croatian astronomer, who has been running it for years. You can find more information at www.astro.hr

The Brijuni Archipelago is today certainly one of the most attractive tourist destinations in Croatia. The paleontological findings of the dinosaurs, the magnificent “horrible reptiles” which ruled planet Earth for more tan 160 years (from Late Triassic period, about 220 years ago, to the end of the Cretaceous period 65 million years ago when they went extinct). They are undoubtedly one of the prime issues of the scientific tourism.
More information at www.np-brijuni.hr

Beach Type: rock/pebble
Destination: Rovinj
Dogs: dogs can use the beach in designated areas only

Beach Type: rock/pebble
Destination: Rovinj
Dogs: allowed, the southernmost part of the beach is reserved for dogs; there is a dog restricted area near the parking area

Beach Type: pebble/rocky/paved
Destination: Rovinj
Dogs: dogs are allowed, but there is a dog restricted area on the eastern side of the beach

Beach Type: rocky/gravel
Destination: Rovinj
Dogs: dogs can use the beach in designated areas only

Beach Type: pebble with a few rocky patches
Destination: Rovinj
Dogs: dogs can use the beach in designated areas only

Beach Type: sand and fine pebble, partly rocky
Destination: Rovinj
Dogs: dogs can use the beach in designated areas only

Beach type: pebbly and rocky beach
Destination: between Romana Beach and Tarska Cove
Dogs: allowed on a special part of the beach

Beach type: pebbly and rocky beach
Destination: Tarska Cove in the easternmost part of the campsite
Dogs: allowed on designated areas on the beach

Beach type: pebbly and rocky, with a small area of the beach for naturists
Destination: alongside the San Polo and Colone zones
Dogs: allowed in specially marked areas of the beach 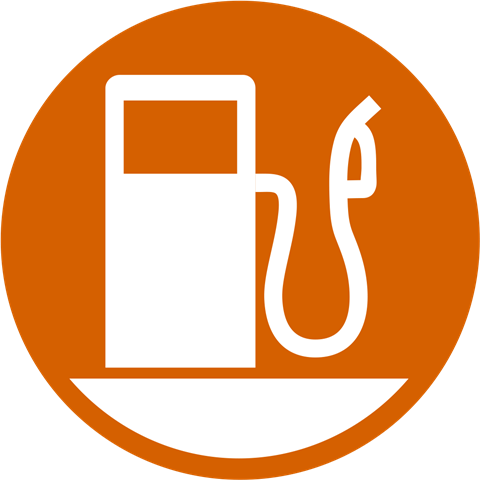 The Villa is located in a small Istrian town called Sveti Petar u Šumi (Central Istria).

It is a quiet and relaxing place for your vacation. You can find tourist centers of Porec and Rovinj just a short drive away with their beaches and crystal clear Sea and sights. A grocery store is 1 km away. The Villa is newly renovated and can accommodate up to 8 people. It offers a peaceful surrounding for a pleasant family holiday or an excellent vacation with your friends.

If you have any question please kindly contact us: